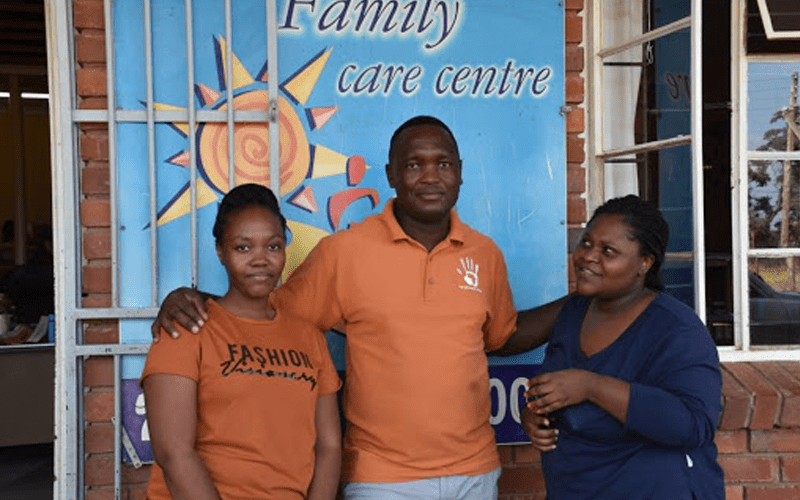 Along with HIHIA, PEPFAR and the US PEACE Corp have assisted in making MFCC the longest standing nonprofit in the area continuing the fight against HIV/AIDS. 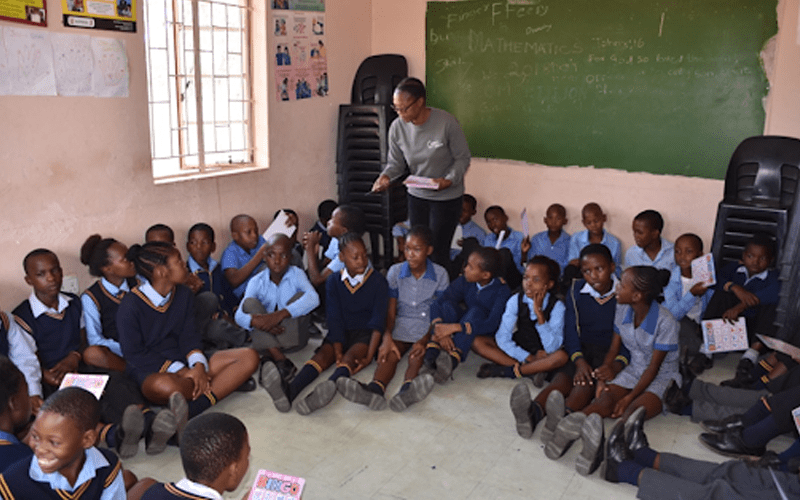 Nkotolane Primary School gave MFCC use of a classroom to provide another safe place from predators for the village’s many OVC’s who were trying to walk to MFCC for after school activities. 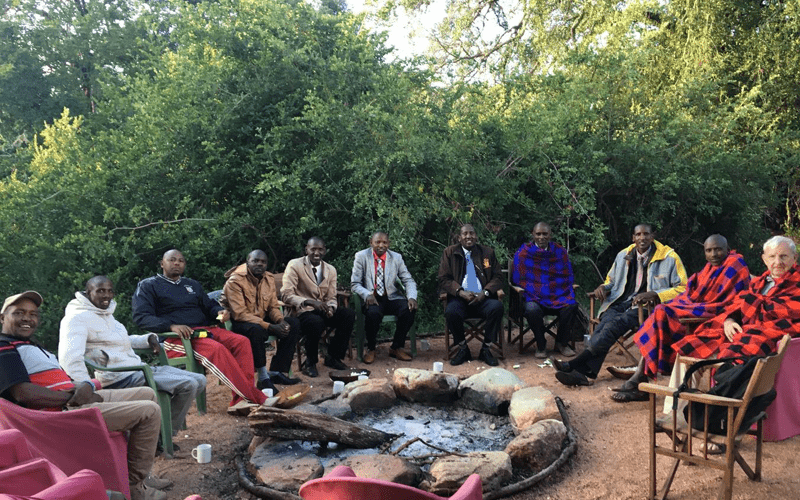 Through OSECBO, HIHIA began training pastors and leaders in True Love Waits and One Love curricula. The practical ways to live without risk outlined in these studies requires a head, heart, and lifestyle change for the Maasai people. They responded positively by the hundreds! 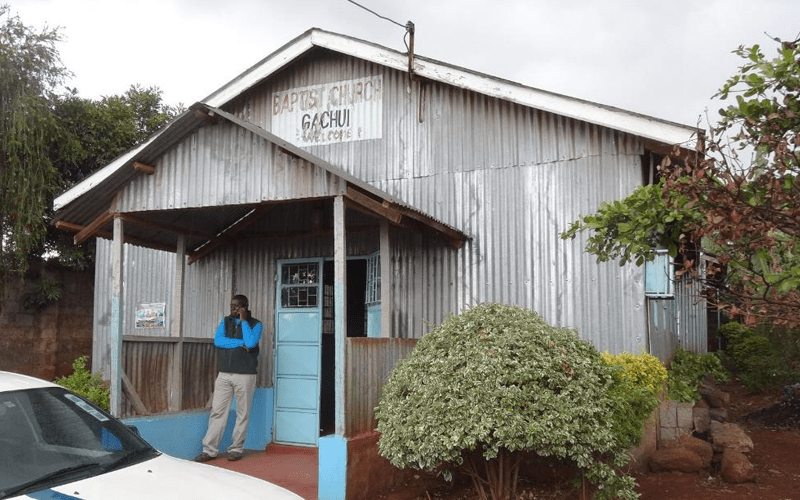 A church pastored by ChaCha Boke, a dedicated TWL trainer with HIHA. He has presented TWL to many, many groups all over Narobi, while still pastoring a growing church.

This project is a new area for HIHIA within South Africa. Already HIHIA has a trainer, George, there presenting TWL to every group that will give him the opportunity. HIHIA is looking forward to great days ahead for this community. 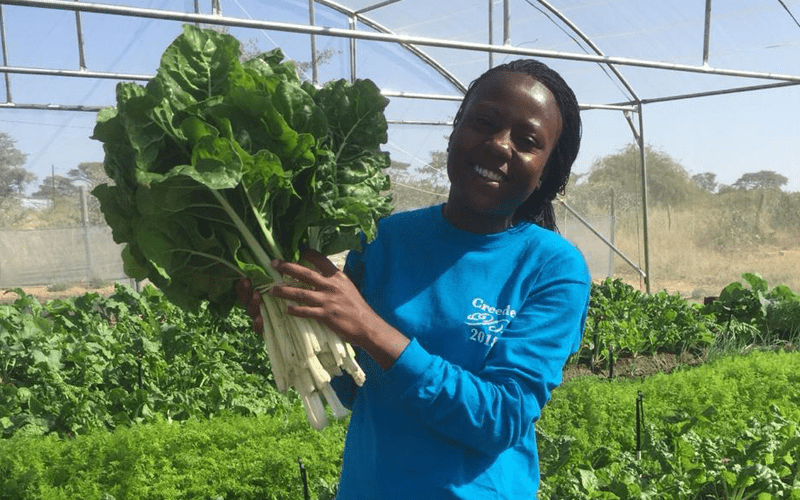 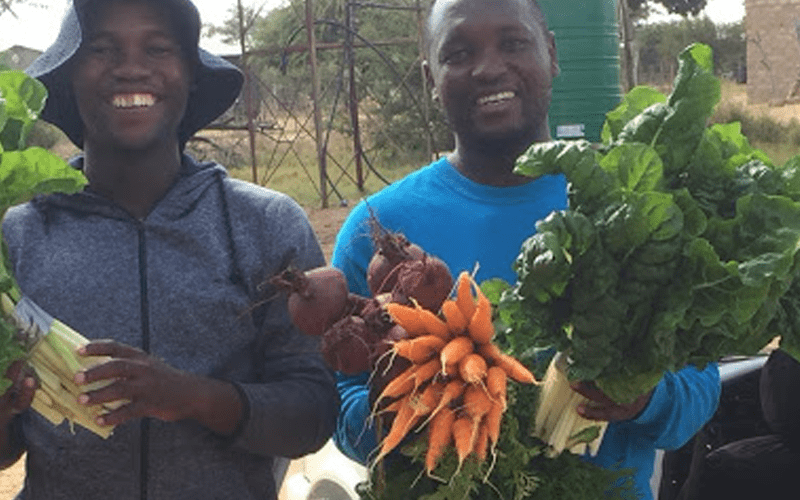 This is another produce project. Learning from the Phake gardeners, the village of Spitzpunt designated a project director and received a donated shade tunnel, seeds, and training. 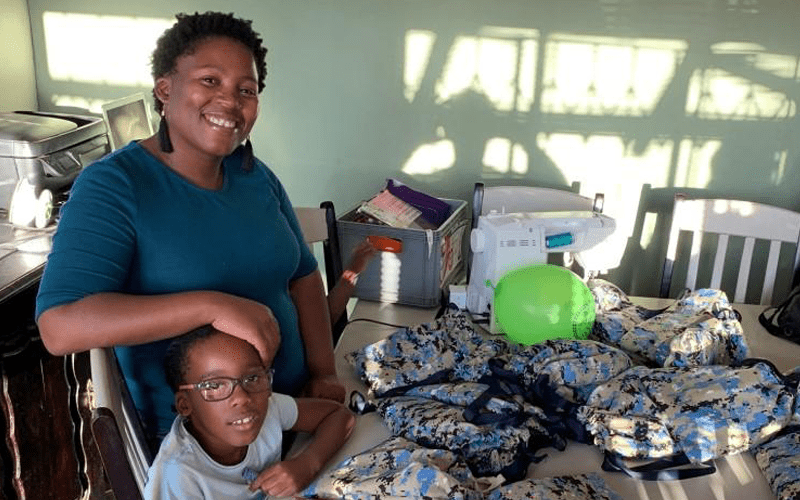 This project has a goal of becoming a viable business by providing the shield totes and shields for South Africa’s female teens in school. 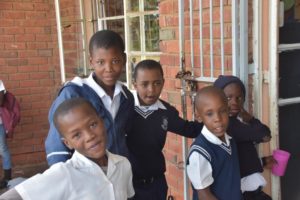 MFCC is housed in a building originally provided by the village chief and later restored by HIHIA. Under the direction of Elias Mashishi (pictured), a lifetime village resident, this center continues to be a safe place for OVCs (Orphans and Vulnerable Children), who are welcomed after school for help with homework, taught critical thinking skills, and provided games.
Here, using Adventures Unlimited curriculum, children are taught how to make life affirming decisions. The youth and adults learn the community changing safeguards of abstinence before marriage and one wife for life taught through True Love Waits and One Love rallies.
Located in the village of Mmametlhake in a vital multi-purpose building, MFCC is also a support hub for outreach workers trained to identify and assist HIV/AIDS victims and their families. Important community dialogues are often held in the building as well. Along with HIHIA, PEPFAR and the US PEACE Corp have assisted in making MFCC the longest standing nonprofit in the area continuing the fight against HIV/AIDS. 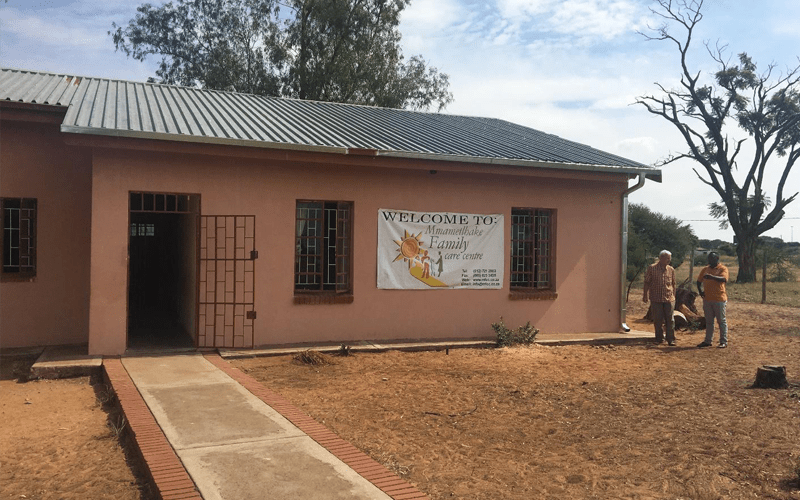 Nkotolane DROP-IN CHILD CENTRE (NDCC) initially began in a Nkotolane Primary School classroom to provide another safe place from predators for the village’s many young OVCs. The over-crowded classroom prompted the school to offer HIHIA an abandoned administration building on school grounds. Now partially restored and open, the attendance is 100-200 children daily. A former teacher and her assistant volunteer provide after school curriculum to teach children respect for themselves and others, how to make good choices, and music. They also offer all day childcare for preschoolers who would otherwise be left home alone and for OVCs not able to attend school due to lack of a uniform. (The South African government requires a uniform to be worn in order to attend school.) A snack delivered with a warm smile, words of encouragement, and a sense of safety are the main attraction for both groups. 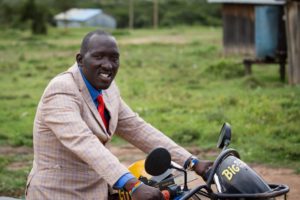 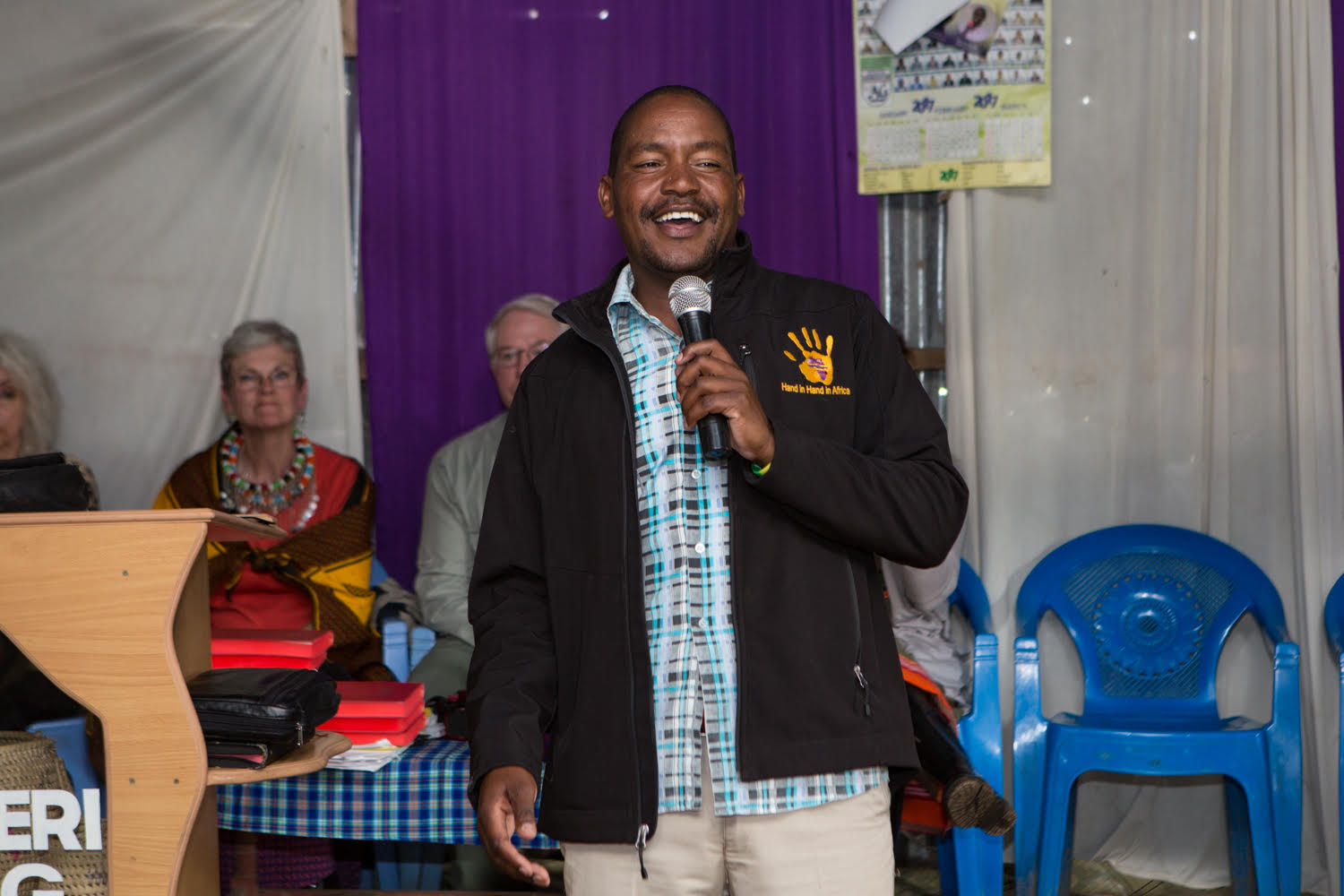 From a handful of OSECBO board members in 2013 to 100+ leaders requesting HIHIA training in 2019, there is great hope for Kenya! A full-time OSECBO director, Dickson Sadera (pictured), has a strategy to influence other leaders in Kenya and beyond. Through OSECBO, HIHIA began training community leaders in True Love Waits and One Love curricula. The practical ways to live without risk outlined in these studies influences individual and community choices for the Maasai people. They have responded positively by the hundreds. The Mara area is vast and although the TLW/OL trainers must use motorbikes to reach remote areas, some mountainous, some covered in Mara bush, but all inhabited by dangerous animals (lions, hippo, elephant), yet they go! Rallies are held under trees, in churches, or on open land. Rallies can last all day and the crowds of 50 – 200+ often walk miles to attend. This Kenya based project started in 2010 with the chance meeting of Andy and Gay Wilkinson and a Maasai guide/leader named Dickson Sadera. A highly sought-after Mara guide working with people from all over the globe, he heard of the HIV/AIDS devastation in other countries. At that time the HIV/AIDS infection rate was estimated to be 5% in Kenya. When he learned of the HIV/AIDS work HIHIA was doing in South Africa, he asked that HIHIA expand into Kenya. He then introduced HIHIA to his village and an immediate bond was formed. Area leaders and pastors quickly realized the opportunity to insulate their people from the deadly disease and formed OSECBO. 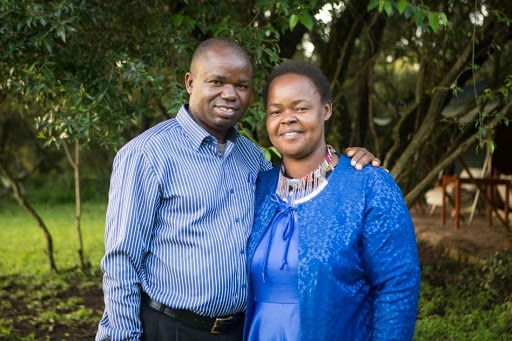 Gachui Baptist Church is pastored by ChaCha Boke (pictured), a dedicated TWL trainer with HIHA. He has presented TWL to many, many groups all over Nairobi, while still pastoring a growing church. An expansion for the church is currently planned to accommodate 60 boys brought to Pastor ChaCha when their former school closed its doors. This is a perfect teaching/mentoring opportunity! 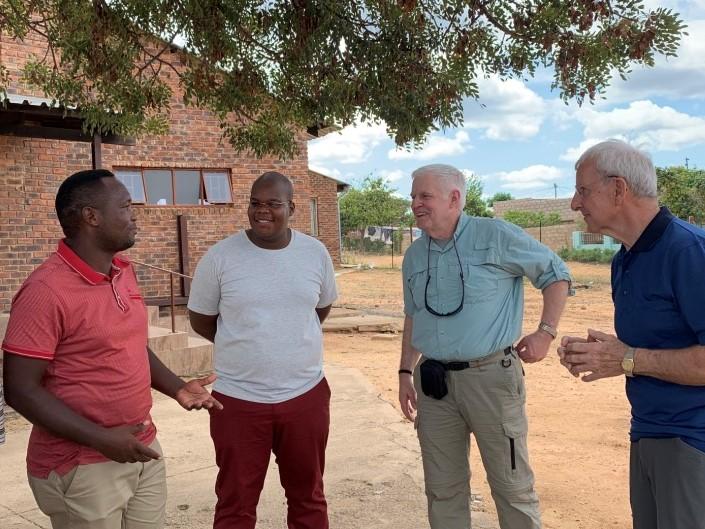 This project is in a new South African area for HIHIA . Already HIHIA has a trainer, George Kgotsofalang (pictured), there presenting TWL to every group that will give him the opportunity. HIHIA is looking forward to great days ahead for this community. 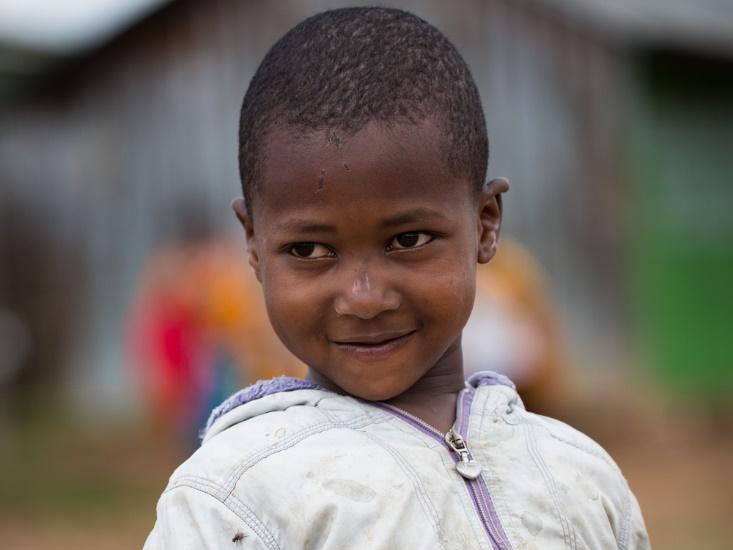 Phake Garden Project is headed by Pastor France Ngualo, a long-time partner with HIHIA and village resident. Looking for ways to educate and physically help HIV/AIDS infected towns people, Pastor France found a seed and tree company willing to donate a shade tunnel and seeds, as well as train France and his volunteer gardeners. The results have been remarkable! Not only orphans but the HIV/AIDS patients also receive fresh produce necessary to the performance of anti-viral medications, and the Phake Gardening Project is able to sell the excess harvest. Now the garden is becoming a self-sustaining business that improves health, creates jobs, and encourages gardening throughout the area.

Spitzpunt Garden Project is the newest nutritional produce project. Learning from the Phake gardeners, the village of Spitzpunt designated a project director and received a donated shade tunnel, seeds, and training. Having been educated by HIHIA on the importance of proper nutrition with the use of Anti-Retroviral drugs (ARV) the village is experiencing a reduction in HIV/AIDS symptoms and the benefits of improved health in old and young alike. An AIDS free generation is being born! Spitzpunt gardeners plan to become self-sustaining and will gladly share the many benefits of proper gardening with others. 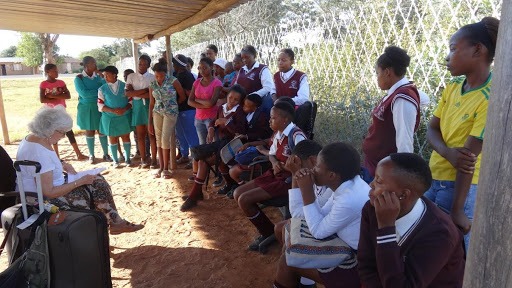 ItumieSew Project, with the financial and technical support of HIHIA, is designed to help girls stay in school and finish high school. Doing so increases a girl’s choices for higher education or finding the right mate or greater job potential or all three. This project is quickly becoming a viable business by making reusable feminine hygiene products for South Africa’s female teens in school and in need. Historically HIHIA sewing volunteers/supporters all over the USA have provided the products. Now having the products made by Africans in Africa will make the hygiene kits more readily available and will provide income to those learning a new skill.

Help us invest in hope!